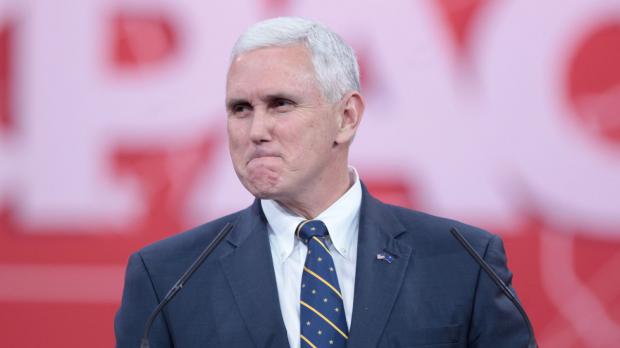 The response to Hoosier homophobia has been heartening. When Indiana Governor Mike Pence laid his signature on that state’s new anti-LGBT rights legislation, the blowback was immediate. And it was powerful. Just days after celebrating the passage of a “Religious Freedom Restoration Act” by hosting anti-gay bigots at a private signing ceremony at the statehouse, Pence shifted into reverse, attempting to undo the Hoosier state’s sudden rebranding as the Mississippi of the Midwest.

It didn’t hurt that some of those unnaturally minted corporate persons joined the fight, uncharacteristically flexing their superhuman muscles on the side of human rights. Add a few city and state government travel bans to Indiana, the sudden halt of construction on the headquarters of the Republican-leaning Angie’s List, and a condemnation from the Indiana-based NCAA, and the game was over. The he-man bigots that make up the majority in the Indiana legislature waddled back into their voting pens, quickly snorting out a “fix.” So, before any Hoosiers could enjoy blaspheming their lord by claiming God-given rights to deny wedding cakes to same sex couples, the legislature negated the bigotry provision in Indiana’s “Let’s be bigots in the name of God” law.

Following close in the shadow of the Indiana legislature were their counterparts in Arkansas, so inspired by Indiana’s bill to allow discrimination in the name of God that they scribbled their own rancid version, plagiarizing the basic concept of responding to same-sex marriage rights by denying LGBT human rights. Their version passed the Republican-controlled Arkansas state legislature by a landslide, and that state’s governor, Asa Hutchinson, bellowed his determination to sign the law. Then the Wal-Mart corporate person stepped into the fray. Wal-Mart essentially owns Arkansas, so Hutchinson dutifully reversed course. Like Mike Pence, he ultimately signed a revised bill, as awkward as the dual bills in Indiana.

The simple story here is since corporations run the world, it’s good to have them on your side.

The reality, of course, is that despite the babblings of politicians and the occasional justice of the Supreme Court, corporations aren’t people, persons, or sentient beings of any sort. And if they were, as the documentary film The Corporation accurately concludes, they would be sociopaths. Corporations aren’t stepping in to protect LGBT rights because it’s the right thing to do. They’re stepping in because it’s the right thing for their bottom line. They are chartered to do one thing: accumulate money. The threat of real living sentient persons boycotting corporations because they are located in, do business with, or otherwise are connected to a hate state threatens that bottom line. So does any negative perception of their most valuable assets, which are their brands; embedded in people’s psyches, they must remain “cool” in order to ply their magic. Association with homophobes is no longer cool. Worse, it’s uncool. Bad for the brand.

Painting the corporations as heroes is a false narrative. The real heroes are still the people who, in threatening to perceive the corporations as uncool, threatened their brand value and forced them to do the right thing. The last generation has produced ever-shrinking returns on corporate investments in homophobia, with folks increasingly finding it repulsive. So the true power still lies with the people, who, at the first peep of maybe boycotting Indiana commerce, won the culture war and protected basic human rights for LGBT Hoosiers. This is truly inspiring.

But racism still gets a pass

Less inspiring, and really troubling, is the lack of any similarly effective movement to protect basic human and political rights for people of color. What we just saw in Indiana and Arkansas was wonderful and heartening. The fight to protect LGBT rights is far from over, and we need to keep the pressure on and confront homophobes as they appear. Meanwhile, where is this momentum when it comes to combatting similarly draconian pieces of legislation crafted by reactionary bigots to target people of color?

Let’s start with “stand your ground” laws. These laws legalize using deadly force, almost always dispatched from a gun, if the killer perceives a threat to his or her life, with no requirement to attempt to retreat from the situation before opening fire. The key word here is “perceives.” Florida was the first state to enact such an explicit right to kill law in 2005. It was most famously used to defend George Zimmerman, who shot and killed Trayvon Martin in 2012 because he perceived the Skittles-wielding black teenager as a threat to his life.

Critics of the laws claim they exacerbate the effects of existing racial biases in the courts, which are three-and-a-half times more likely to rule white killings of blacks as justified than to rule black killings of whites as being justified. The laws, they claim, elevate conflicts to killings, legally sanctioned by the vague concept of what constitutes a perceived threat, which is often dubious in a corporate-authored popular culture that exploits black masculinity as an icon for danger.

Since Florida enacted its “stand your ground” law, 23 other states, including Indiana, have followed suit, either with new right-to-kill laws or by beefing up existing codes with right-to-kill provisions. Not only have we not seen an effective groundswell of support to combat these racist laws, but, in the case of “stand your ground” laws, the corporations have taken sides with the racists. According to the Center for Media and Democracy, many corporations—including Exxon, AT&T, Coca-Cola, Pfizer, UPS, and Wal-Mart—funded the American Legislative Exchange Council (ALEC), the political lobby that helped write at least 10 of these state laws. Coca-Cola, Wal-Mart, and others stopped funding ALEC in 2012 after a boycott, but still haven’t come out against the laws in the way that many corporations did in response to the anti-LGBT bills in Indiana and Arkansas.

Then there’s the revival of Jim Crow-style laws aimed primarily at suppressing the black and Latino vote by placing onerous ID requirements on voting. According to the American Civil Liberties Union (ACLU), nine states proposed or enacted such laws in 2013, and another six joined them last year. The corporate-funded ALEC helped author many of these laws as well. The laws create barriers to voter registration and actual voting, ostensibly to combat a voter fraud problem, though such fraud results in less than a dozen or so arrests per year nationwide. The end result of the new laws, however, has been to disproportionately disenfranchise black and Latino voters by the millions.

Corporations supported these laws, not necessarily because they harbor racist ideologies but because they were good for the bottom line. Suppressing the black vote helps elect corporate-friendly Republicans, who in turn lower taxes for corporations and their owners, gut environmental regulations and labor laws, and sponsor anti-union bills. All of this leads to increased corporate profits. Hence, there’s been no corporate outcry against these laws.

There is also a spate of new state laws that ostensibly target undocumented migrants and immigrants, but in design and effect target all visible Latinos and Asians, including native-born and naturalized US citizens. The first of these laws was Arizona’s notorious SB 1070 “papers, please” law, enacted in 2010. Aside from requiring local police to check the immigration status of anyone they detain, the bill also allows them to demand citizenship papers from anyone they “suspect” may be in the country illegally.

The liberal news site Think Progress reported in 2010 that the Arizona law was authored with the help of the Federation for American Immigration Reform’s legal wing, the Immigration Reform Law Institute. According to The Southern Poverty Law Center, the federation is a bona fide “hate group,” run by key staff members with “ties to white supremacist groups, some are members, and some have spoken at hate group functions.” The federation, they report, “has accepted more than $1 million from a racist foundation devoted to [academically discredited] studies of race and IQ, and to eugenics.”

Since 2010, Republican legislators have proposed clones of the Arizona law in more than 20 states; so far five states, including Indiana, have passed and enacted such laws. According to the ACLU, “Laws inspired by Arizona’s SB 1070 invite rampant racial profiling against Latinos, Asian-Americans and others presumed to be ‘foreign’ based on how they look or sound.” Most Americans don’t carry birth certificates, passports or enhanced licenses, hence the laws create chaos for anyone targeted by the police, which in practice primarily means people of color.

Again, these laws slipped onto the books and people of color started getting unjustly pulled over and detained, without the effective type of outcry we rightfully saw last week in response to Indiana and Arkansas’s anti-LGBT legislation.

Some of these hate bills have gotten so weird as to make one wonder whether their sponsors are literally frothing at the mouth and drooling on their desks. Take Oklahoma, for example. Legislators there went through the arduous process of passing an amendment to their state constitution to prevent their state courts from adopting Sharia law in place of Oklahoma and US law.

Of course, even in the highly improbable event that Oklahoma voters and courts wanted to adopt Islamic fundamentalist religious law in place of local, state, and federal law, such a move would already violate a plethora of existing provisions in the Oklahoma and US constitutions, making the amendment redundant.

A federal court struck down the amendment, essentially because it was just plain silly. But the root of this move to amend the constitution, whether or not the legislators who enacted it were drooling on themselves when they voted on it, was deadly serious. The law was a simpleton attempt to single out Muslims, who make up 0.2 percent of Oklahoma’s population, as somehow threatening the values of the state. Similar bills, some mentioning Sharia law and some just mentioning “international law,” are popping up in statehouses around the country, in what the ACLU describes as a “disturbing trend” of “anti-Muslim bigotry.” Where’s the outcry when Muslims are singled out in hate legislation?

Indiana’s recent anti-LGBT legislation produced one of the most inspiring, effective political actions in modern time—all within the course of a week. Anti-bigotry overwhelmed Indiana’s hateful legislature, forcing them into retreat on their attempts to oppress their LGBT population. It’s not time, however, to drop the boycott threats and other actions designed to isolate the Hoosier state. Indiana still has “stand your ground” and “papers, please” laws on the books. The fight against legislatively sanctioned bigotry in Indiana is not over. It’s only just begun.

Indiana isn’t among the worst states in terms of bigotry and oppression. They aren’t among the states that have enacted, or are in the process of enacting, voter suppression laws, for example. And Indiana does have a history of populist progressive politics. Much of the outcry over the recent anti-LGBT law came from outraged Hoosiers. This is one reason the Indiana legislature and governor retreated so quickly. There are other states, however, with fresh hate legislation on the books that have elicited little local or national outcry. Corporations do business in those states, and we do business with those corporations. Those corporations and state legislatures need to face a level of pressure similar to what we saw last week in Indiana. Racism isn’t cool, either.