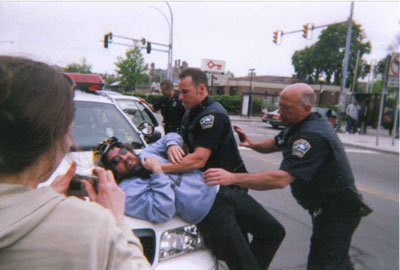 For more coverage and photos of the May 30th, 2003 Buffalo police attack against the Critical Mass Bicycle ride, see the following links:

Mike's June 12th, 2003 Getting a Grip Column "On Biking and Nonviolence"